Cooking with Alcohol, a Guide 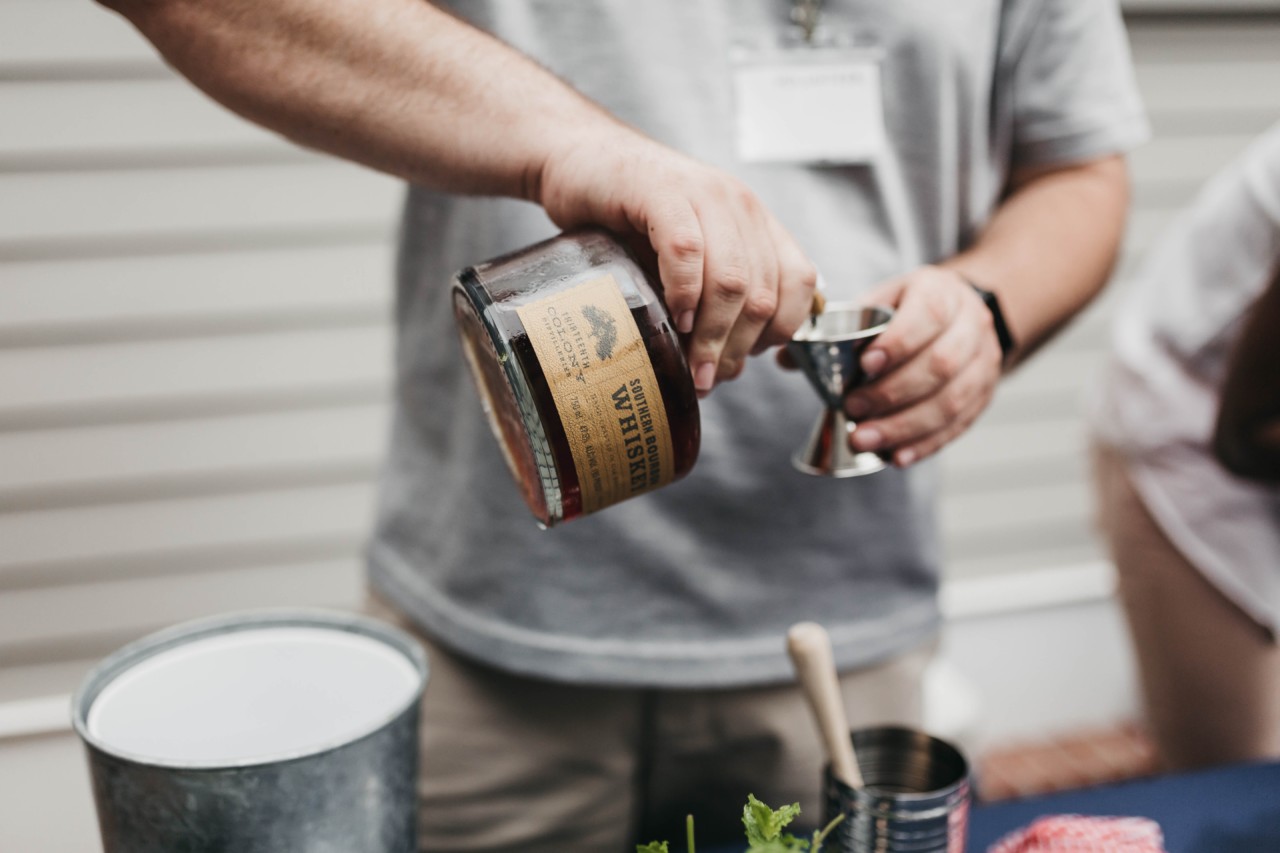 2020 is well under way. January is almost over.

We are coming off arguably the biggest festive time in the calendar and people may still have alcohol lying around, so I thought: why not look at great ways to use alcohol to make tasty meals.

On top of that, many people want to be healthy and reduce their alcohol intake to kick off the New Year. Cooking with alcohol is also great in that regard as it reduces the alcohol content. However, contrary to common belief, meals cooked with alcohol are not completely free from it (something I was also convinced of until recently).

The truth is that cooking with alcohol does reduce the alcohol content, but even cooking it for 1 hour will leave you with 25% of original strength and at 2.5 hours you still have around 5%.

I will be giving an overview of some of the great dishes / tastes you can achieve with alcohol and which pairings work particularly well.

A classic and the first alcohol I ever tried cooking with. I first used it with beef. You can either go for a Bolognese style sauce with minced meat or use chunks of beef in a slow cooking stew.

Another classic is Coq au Vin or a rosemary and red wine Risotto. The easiest thing, however, is to make a “pan sauce”. For this you fry a piece of meat. Once that is done set it aside and add a splash of wine plus stock to the fat in the pan and reduce to a glaze. Add a bit of butter and serve over the meat.

Advantages of cooking with wine (true also for white wine): mainly to add acidity, which will bring out the flavours in the dish. When choosing a wine stick with the following: if you wouldn’t drink it, don’t cook with it. Avoid cooking wines (true for red and white) because they include salt and bring far less to the dish.

You are better off using dry varieties of red with moderate tannins (Pinot Noir, Merlot etc.). You should try to avoid “full-bodied” reds, which will give you a chalky taste. The cooking process won’t improve the qualities you don’t like in a wine, but at the same time be aware that the delicate flavours you have when tasting the wine will not survive cooking.

Fish: there are recipes but I can’t recommend them

I associate white wine with lighter dishes compared to red wine, even if that is ironic because cream is often used when making white wine sauces.

An absolute highlight dish for me (also because it s full of nostalgia) is muscles in a creamy white wine and garlic sauce with a hint of paprika and chilli. It is surprisingly easy to make as well, even if some people prefer it without the cream.

Chicken is also tasty in a similar sauce and risotto with a splash of white wine is great. In terms of vegetables the best pairing is with fresh or sharp tastes such as green vegetables or leaks. When you add the cream you can also make fantastic sauces to go with mushrooms.

Which to use: dry white wines with higher acidity are the best (Pinot Grigio, Sauvignon Blanc etc.). Try to avoid fuller wines such as Chardonnays, which will give you a bitter taste when cooking.

Vegetables: Leeks, White Onions, Shallots, Mushrooms, Peas / Greenbeans, Green Vegetables (not so much the cruciferous ones though)

A really fun alcohol to cook with, because you can make anything from a batter (which can be used for white meat fish, squid or vegetables e.g. onion rings), to a chilli, stew or pie (think steak and ale pie) and even incorporate it into baking (stout and chocolate cake has been a revelation since I tried it, you should too!).

For a batter use a light lager and avoid stout. For stews use something richer like brown ale. As mentioned above stout is great for a chocolate cake. You can also use beer to make a marinade, e.g. BBQ works really well (although it does not have as much acidity as wine for example for breaking down the meat).

Beer will add a rich earthy note, which mixes really well with caramel tastes. I would avoid more acidic tastes to compliment it. As a side note, if you want a versatile option go for pale ale, but avoid IPA because it is normally too bitter. Because there are so many different types of tastes in beers the combination possibilities are huge, instead of going through them in more detail I have listed the pairing below:

Fruit: Only if you want to go a bit experimental and then I would go for a non-citric fruit you would consider caramelising

I was first introduced to this last year when I was looking for a dish with a Bretagne twist and it was glorious: Poulet au Cidre (also includes Cognac). In that dish Cider is used to make a creamy sauce, which is the way it is used in a lot of recipes.

I would say as a rule of thumb, most recipes where you include apple, you can somehow make cider work. An added benefit of cooking with cider is that a lot of recipes are pretty simple, do not have too many ingredients and cider often serves as an upgrade to things you might already know. For example: a nice little trick is to add it to the water when steaming veg like Cabbage, Kale or Chard.

So what does Cider bring to the dish? In taste there is a similarity to white wine in the refreshing acidity – obviously more in the direction of apple rather than grape.

Meat: Chicken, Pork (combination of Pork and Apple is a classic), Turkey

As mentioned above, Poulet au Cidre is the main dish I have used cognac in, but it can also be used for something similar to the pan sauce mentioned under the red wine. Once you take the meat out just add the cognac, set it on fire (don’t burn yourself), shake and once the fire is out, return to a medium heat with some cream until thick. Cognac can also be used in deserts to enrich their flavour, often added to sauces or cooked into cakes.

Being made from grapes it brings out richer and sweeter flavours than red wine, with a lot less acidity. You can use it either by itself or to compliment another alcohol.

Fish: Can be a bit too rich and overpowering for fish, but you can try combining it with grilled white fish

With whiskey you will get a great smoky flavour in your cooking. In sweet dishes you can use it in cakes or for ice cream, while on the savoury side you can use it for marinades and sauces. One thing to keep in mind with spirits (especially whiskey) is the advantage of a longer cooking process: it will burn more of the alcohol and get rid of the burn which alcohol has when you are swallowing it.

Try making an apple pie with a bit of whiskey for a dish that will warm your soul, or searing scallops and then deglazing with whiskey and some cream. My mouth is literally already watering. Of course using it for a fantastic BBQ marinade is also a winner.

What to use: I wouldn’t recommend using your most expensive whiskey to cook with. As mentioned in the wine section, a big portion of the subtle tastes will be lost and it would be a shame to waste. However, by using whiskeys with different qualities you can achieve subtly different tastes. I would also stay away from anything too cheap. Bourbon can also be used.

Vegetables: Tomato, Onion, (anything acidic which can be broken down by the whiskey)

Most people know Rum from baking, where it is widely used in cakes or ice creams, more so than whiskey. But you can also use it for savoury dishes where the caramel tastes of molasses can give you great complimentary flavours.

It can be used for marinades (like you would with wine or whiskey), to deglaze (like the pan sauce, which in this case could be finished with rum, white wine and some cream or stock of the meat / fish you are making) and for BBQ and seafood dishes. Heavily rooted in the Caribbean culture, look for dishes from there as inspiration. To make sure the taste is good make sure you get good quality, cheap alcohol will end up tasting bitter.

As with the wine or bear it is important to have the right rum for the right dish. Lighter rums are more suited to seafood while the dark rums are better for beef and pork. When it comes to baking, darker and richer rums are used more, although some people prefer flavoured or spiced rums.

I have to admit that I haven’t tried cooking with rum myself yet, but it is on my list of things to experiment with this year.

Vegetables: Anything you would glaze, Root vegetables for example

The great benefit of cooking with vodka is that it acts as an emulsifier to bind water and oils, but I really only want to mention it for one fantastic dish you should try at some point: Penne alla Vodka. The main ingredients beside the Vodka are penne, cream tomatoes and onion. Pancetta can also be added.

A variant is also Penne alla Moscovita, which does not include tomatoes but instead has salmon / shrimps and sometimes caviar.

There are so many options, but I hope I have been able to give you some tasty ideas. Let me know what you think of the dishes and combinations, or if you have any great recipes with alcohol, either in the comments or via insider@lunchgate.com.

I believe that food should be fun, exciting, playful, tasty and at the same time healthy. I do not believe any of those are contradictions. Especially in relation to this article, which is about the consumption of alcohol, I therefore wanted to highlight some facts:

– According to the Bundesamt für Statistik around 87% of men and 77% of women drink alcohol in Switzerland. This is not a problem (as I have highlighted it can even have certain health benefits when consumed correctly).

– However, according to the Bundesamt für Gesundheit around 3% of Swiss people are addicted to alcohol and there are 1600 alcohol related deaths per year.

– In the long term, alcohol can increases the chance of getting many health conditions such as several types of cancer, heart disease, strokes and liver problems.

– Consuming a large amount of alcohol can even damage our mental health, memory and fertility.

While I have tried to highlight and introduce some great meal ideas, which I hope you will be excited to try, please don’t cook them all one after the other. Of course there are certain health benefits from drinking, but as most of you know: moderation is key.