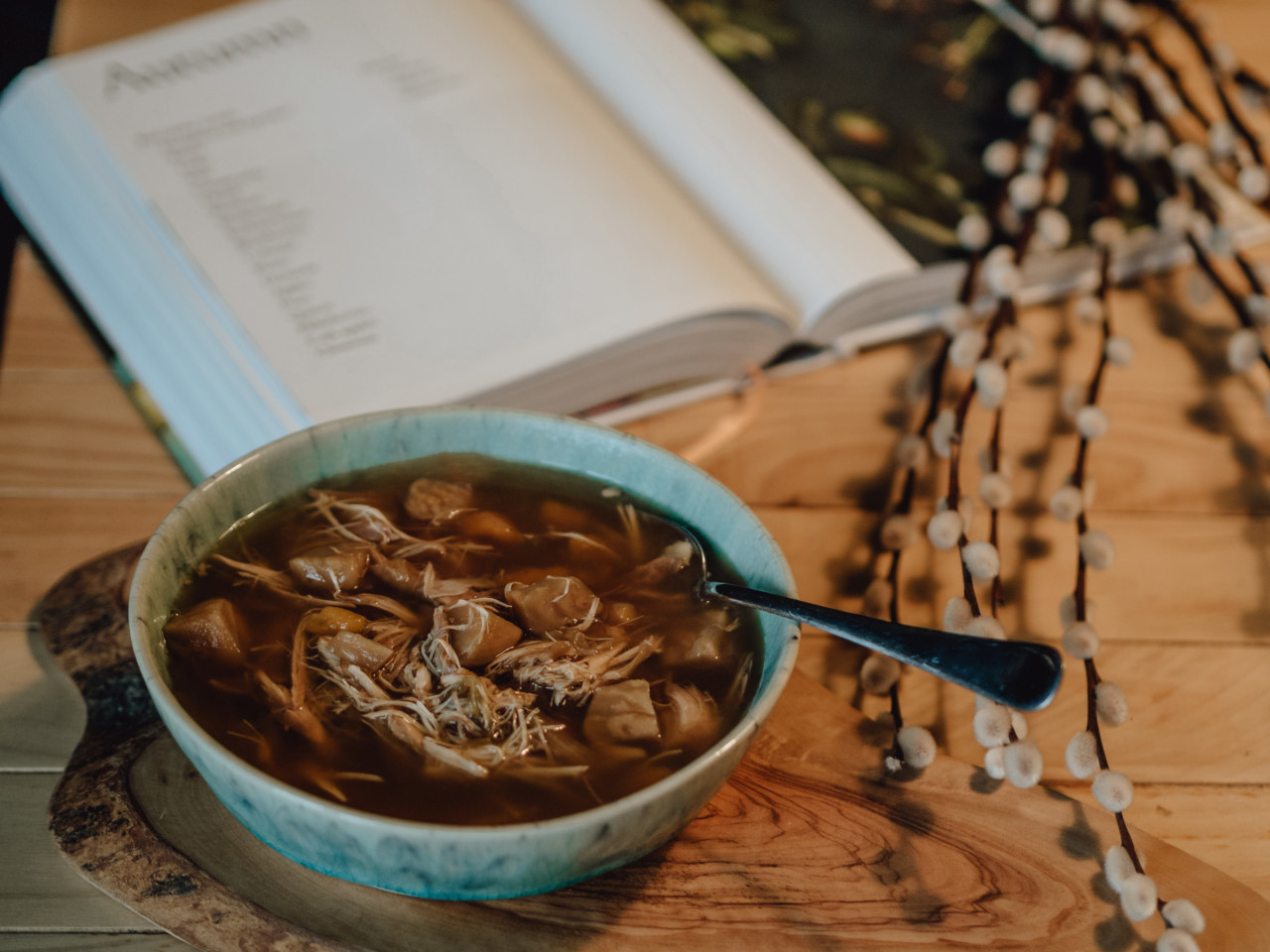 Autumn is turning into winter, the weather is getting moodier and the days are getting shorter, darker and cosier. Out of the darkness the germs and bacteria emerge. The time of year where we are constantly surrounded by illness has come. So let’s have a look at a simple recipe for the classic soup to get healthy again: Chicken and Vegetable.

Note: I will include the German names of ingredients to make shopping easier.

For this recipe I went shopping at the Oerlikon Market where you can always get seasonal vegetables from a variety of great local vendors. I got everything there besides the boiling fowl, which I ordered from Farmy. Farmy is like an online market describing themselves as an «online shop for regional and organic products». You can have your items delivered or pick them up yourself.

What I love about this recipe is that the prep is super fast:

The cooking is also really simple, but the biggest thing about this recipe is to take your time:

What’s your favorite chicken soup recipe? How do you fight a cold? Write it in our comment section or write an Email to insider@lunchgate.com.