Pasta’n’Raclette Cheese with a Kale, Beetroot and Pickled Pear Salad 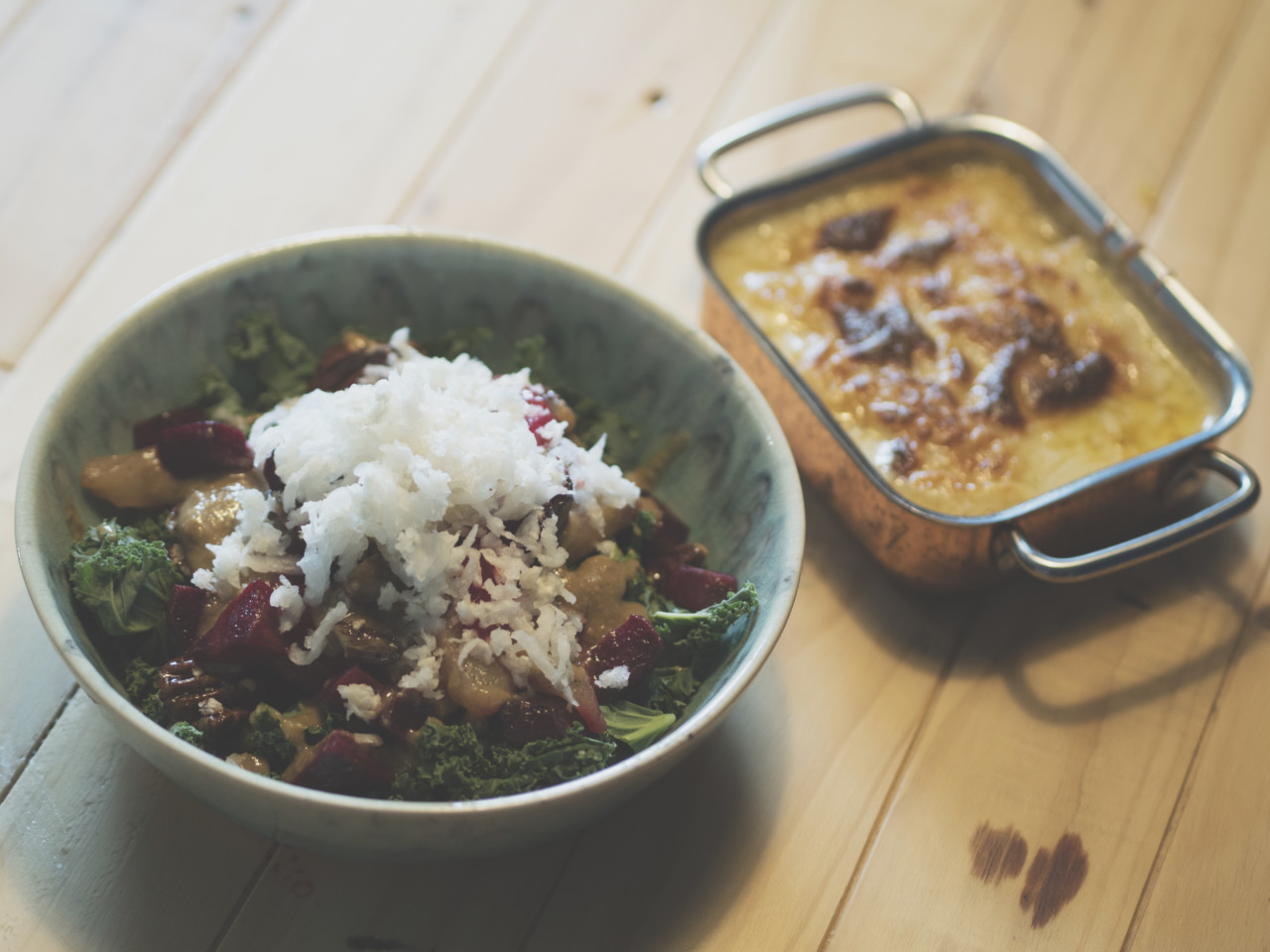 I’m a big fan of finding fun new ways to use up what you have left over in the fridge rather than throwing it away. New Year is the best time for that because many of us will have had people around, bought too much (rather than having too little) and then be sitting on odd bits an bobs in January.

For New Years we went on a trip with friends to France and because we had left over Raclette cheese, my friends and I came up with this cheese sauce (although we put it over potatoes as a kind of gratin). Since I am still sitting on some of that Raclette cheese I thought about what else you could do with it and decided to make it into a kind of Mac n Cheese – an ultimate comfort food. Not great for Veganuary but hey this recipe is still Vegetarian ;-).

When you have so much cheese and carbs, having just come from a festive period with a lot of fatty foods, a salad that can cut through the heaviness is essential. So I came up with this tasty bowl of goodness. Besides the taste, this salad is full of the healthy stuff. Kale, for example, is an absolute super food, but not always super tasty (I find). In this salad I love it.

The combo is great and I hope you enjoy it as much as I did.

1. Boil pasta and pop it into your chosen dish.

3. Add flour and whisk together until smooth.

4. Gradually add milk and heat up.

5. While that heats up chop the cheese into slices.

6. When warm add the cheese gradually and keep stirring.

7. If you need more milk don’t hesitate to add. The consistency should end up like a smoother, less fatty, cheese fondue.

8. Once everything is melted add some pepper, nutmeg and smoked paprika, then add to the dish of pasta.

9. Put it into the oven at 180 degrees C until golden brown on the top.